If They Want a War,
We Will Give Them a War.
Contact Us Now For a Free Consultation
Home
Articles
The 48205: In Detroit, the Numbers do not Always Equate to Justice

The 48205: In Detroit, the Numbers do not Always Equate to Justice 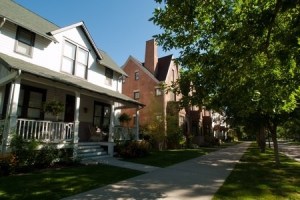 Dr. Martin Luther King Jr. once said, “We must accept finite disappointment, but never lose infinite hope.” While the words of the civil rights activist bring with them a lot of power, his message can sometimes be forgotten and in courtrooms in Detroit, Michigan, the voice of Dr. King is far too often silenced. Today, we are going to explore the infamous zip code known as “The 48205” and explain how the criminal justice system has shown that Lady Justice is sometimes selectively blind.

“The 48205” is a zip code that for many years was known as the most dangerous area in the country. Driving through the area leaves one with the vision of little teddy bears and flowers on the sides of the street to display the mourning of innocence lost and when we examine the stats, the numbers are staggering.

When we study violent crime, we look at the subject from a scale of 1 to 100. One being low crime with 100 being the highest. When a zip code has a crime rate of 65-70, it is known as a highly dangerous area. When determining the violent crime forecast, studies take 4 criminal activities into their equation: murder and non-negligent manslaughter, forcible rape, robbery, and aggravated assault. When we consider those crimes, it is important to note the the zip code has actually improved their criminal activity within the last 3 years but even with that improvement, the violent crime study places the area with a scaled score of 92 which is a number that is clothed in terror. While the citizens of the area live in danger, this fear is also spread to those that are trying to raise families and find success in the area. The criminal defendant coming from the 48205 zip code faces an uphill battle where guilt is presumed before innocence. To delve deeper into this study, we sat down and spoke to three criminal lawyers in the state of Michigan that weighed in on the subject.

Scott Grabel is the founder of Grabel and Associates that has offices throughout the state of Michigan and is intimately familiar with the court system in Detroit. Grabel has established his firm as the leader in criminal defense and appellate work. When asked about the 48205 area code, Grabel spoke of a recent case. Grabel said, “I find it amazing how many attorneys do not do their research before coming into court. The fact that someone is black does not mean they are guilty of what they are charged with. Furthermore, the fact that the defendant has been convicted of a crime in the past does not mean they are guilty of this offense. We recently won a case out there that was born in racism and the previous lawyer did not do their homework. There was evidence that was left on the table and thankfully for our client and the justice system, we accomplished what the defendant needed. How many times are innocent people going to be convicted because lawyers do not do their job or because of the color of their skin? Many lawyers feel that if you come from Detroit you are guilty before even doing research and this is an absolute travesty. As a profession, we need to be better.”

Matthew McManus is the Founding Partner of Ann Arbor Legal in Ann Arbor, Michigan. McManus stated, “It is amazing the difference between Wayne County, where the 48205 zip code resides and Washtenaw County, where our firm does most of its work. I have to applaud the work of groups such as “Operation Ceasefire” and “Living Proof Motivation” (LPM). With LPM, you take a community leader like Jeremy Tatum and you see the desire to make a difference but when you get to the courthouse steps you have to fight just to have your voice heard. The stigma of the area is highly unfair.”

Ravi Gurumurthy is the Founder of Michigan Legal North and an Associate at Grabel and Associates. As a leader in the Cadillac, Michigan community, Gurumurthy was quoted as saying, “I look at Michigan as a number of different jurisdictions rolled into one. Yes, we are in the same state but every court will create their own version of the rules and when dealing with cases in the Detroit area the presumption of guilt before innocence is astounding. The first step to mitigate this bias is research. As practitioners, if we do not do our job, we do not deserve to call ourselves lawyers. That is a creed that I take to heart on every single case.”

While the odds are stacked against those coming from “The 48205”, there is hope in lawyers such as Scott Grabel, Matthew McManus and Ravi Gurumurthy. Community leaders such as Ceasefire Detroit and Jeremy Tatum also show there is light at the end of the tunnel but that tunnel is a long and winding road. Without the skills of a qualified criminal defense attorney, we are all lost and this is a conversation that will be repetitive for the next 40 years. Hope is a dangerous thing and living in “The 48205” is as well but together, with diligence and hard work, changes to the justice system could be made.

William Amadeo is a partner at the firm Ann Arbor Legal in Ann Arbor, Michigan and a Senior Associate at Grabel and Associates. In addition to his legal duties, he owns and operates BAT Tutoring with his business partner Ashley Johnson in Lansing, Michigan and is a staff writer for “The Chronicle News” and other blogs.

Contact Us
Practice Areas
Client Reviews
★★★★★
Words cannot express how much I appreciate all of your help and perseverance in resolving my case. C.R.
★★★★★
Bill Amadeo is the best lawyer that I could have ever hoped for!!! He fought to keep my charges off of my record and his efforts saved my future!!! The best lawyer S.T.
★★★★★
When the police questioned me, I made a full-blown confession thinking that would help me. I was locked up and lost. Bill Amadeo got me a PR Bond, got me HYTA, kept me out of jail. Matt McManus wrote amazing briefs and a sentencing memo that saved my life. I will forever be grateful to Ann Arbor Legal. R.S.
★★★★★
Thank you for all of the assistance in our case, it was an extremely trying time and you were always in our corner. Thank you. S.R.
★★★★★
My husband was facing life in prison. The case tore our family apart. Bill Amadeo did not stop working and made sure that my loved ones stayed home and did not go to prison!!! He didn’t stop. E.T.
View More
Submit a Law Firm Client Review